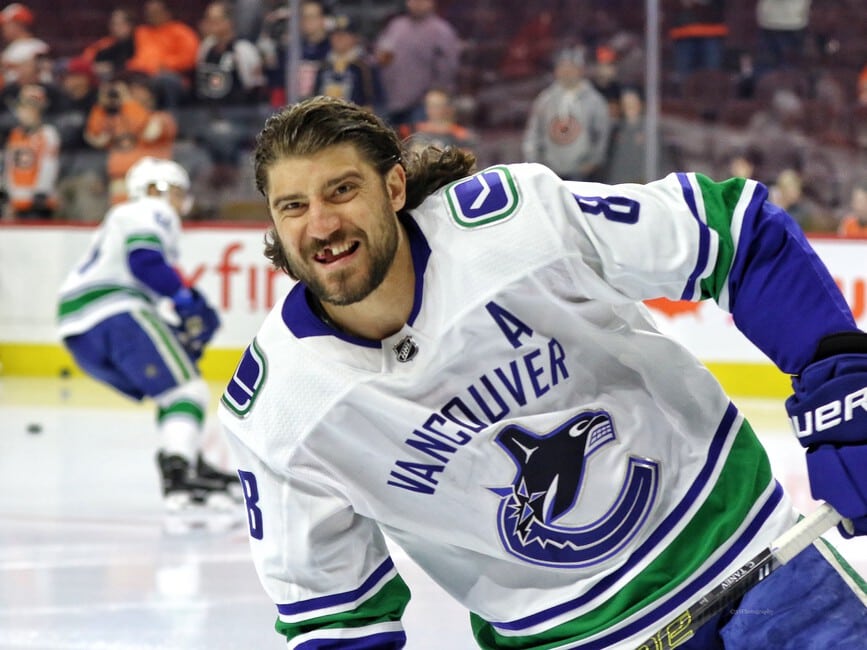 VANCOUVER — Chris Tanev scored in overtime to lift the Vancouver Canucks to a 5-4 win over the Vegas Golden Knights on Thursday.

Elias Pettersson scored twice for the Canucks (17-15-4) and Antoine Roussel and Tanner Pearson had the other goals.

Jacob Markstrom made 38 saves for Vancouver, while Marc-Andre Fleury stopped 29 shots for Vegas.

The win was Vancouver’s second in 10 games against the Golden Knights since Vegas joined the league in 2017-18. The Canucks are 2-7-1 against Vegas over that span.

The Golden Knights got their first power play with 2:30 left in regulation, when Jordie Benn was sent to the penalty box for tripping. But Markstrom was solid in net to keep the game scoreless and send it to overtime.

Tanev beat Fleury for his game-winning goal 1:30 into the extra frame.

The Canucks opened the scoring when Roussel tapped a rebound past an out-of-position Fleury at 2:49 of the first period.

Pearson finished off a give-and-go between Jake Virtanen and Josh Leivo to put Vancouver up 2-0 less than five minutes later as a tripping penalty to Nicolas Hague expired. The goal was Pearson’s ninth of the year.

Marchessault got the Golden Knights on the board with 6:02 left in the first, when he wristed a rebound past Markstrom.

The Canucks restored their two-goal lead with 32 second left in the opening frame on Pettersson’s first of the game.

The Golden Knights outshot the Canucks 13-11 in the first period.

Vegas scored twice in the second. Smith narrowed the lead to 3-2 at 11:01, beating Markstrom after Bo Horvat blocked a shot from William Karlsson.

Leivo was injured barely a minute later when he was pushed into the boards by Vegas defenceman Holden. No penalty was called on the play, and Holden tied the game with 8:50 left in the second.

The Canucks regained the lead at 9:19 of the third period when Pettersson roofed a wrister from the left circle high to the stick side of Fleury for his second of the night. Stone re-tied the game with 4:20 to go.

The Golden Knights were accompanied to Vancouver by their fathers, who watched the game from a luxury box high up in Rogers Arena. The fathers’ trip will conclude on Sunday in San Jose.  …. Max Pacioretty was named the NHL’s first star for the week ending Dec. 15. He and Mark Stone both extended their point streaks to six games against Vancouver. Thursday’s game marked the 1,500th for the Canucks’ director of medical services and head athletic therapist, Jon Sanderson. He is currently in his 21st season with the team.