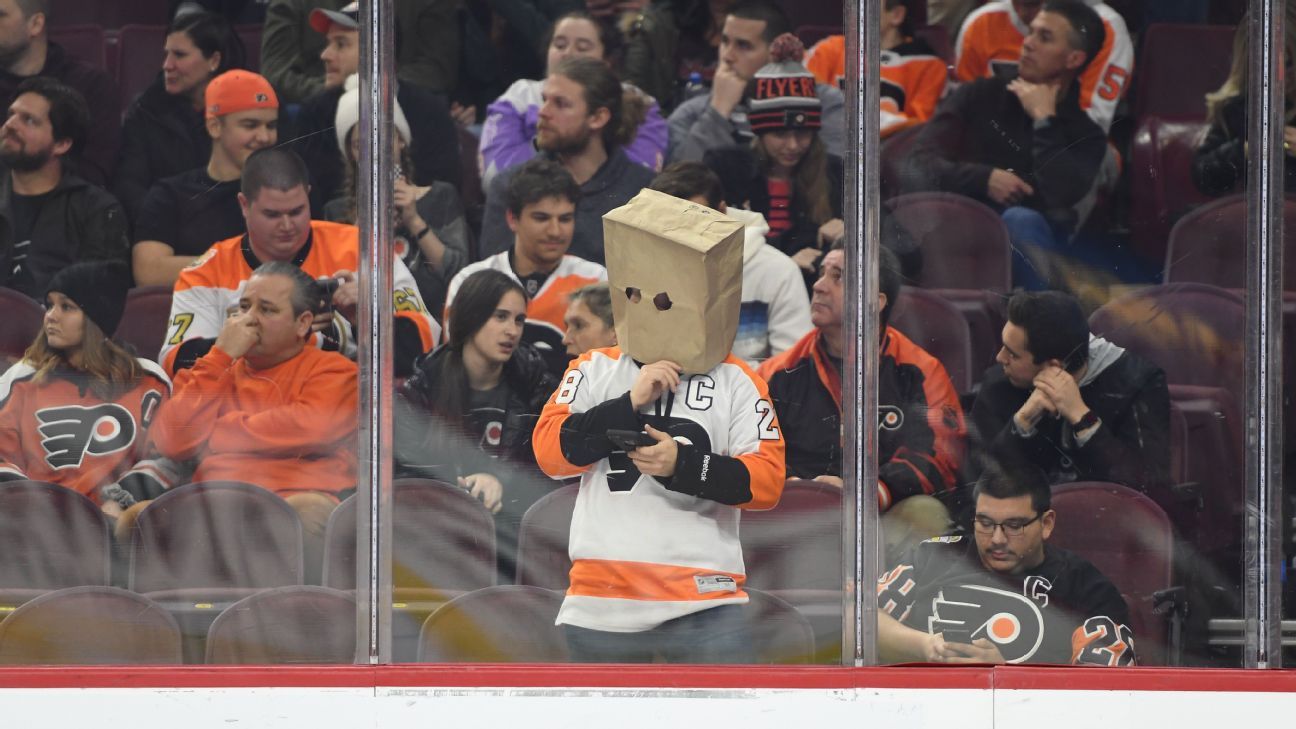 Some NHL teams placate their fans with free hats or magnetic schedules. The Philadelphia Flyers, however, know what their fans really want: the opportunity to smash a flat-screen television with a hockey stick.

The Flyers announced on Tuesday that the Wells Fargo Center now has a “Disassembly Room,” the first-ever “rage room” inside a major professional sports arena.

Located behind a “hidden” library wall entrance in the team’s new “Assembly Room” lounge and bar area, the anger cave allows Flyers fans to take out their aggression on household items like TVs, dishware, bottles and guitars using a variety of tools like baseball bats, orange and black sledgehammers and, of course, hockey sticks.

Fans wear protective gear during the session, and there’s also an observation room.

Smash some of the items enough, and they might reveal the logo of an opposing team, according to the Flyers.

“The concept is definitely one-of-a-kind and non-traditional,” said Valerie Camillo, President of Business Operations of Philadelphia Flyers and the Wells Fargo Center. “We ran the concept by some of our fans who told us they thought this would be a fresh way to have some harmless fun.”

The “rage room” concept started in Japan about a decade ago, and eventually spread to the U.S. Locations like Break Stuff Bay Area in San Jose use recycled electronics as fodder, and charge $25 for a “BYOB” option where people can bring in their own stuff to break.

To access the Flyers’ “rage room,” fans make a reservation for a specific time before, during, or after Philadelphia home games at a cost of $35 for individuals and $60 for groups of two. Participants receive five minutes to smash up items, and are given one five-gallon bucket of smaller breakable items and one “medium-sized” item to break.

A 45-year Stanley Cup drought should provide an ample source of rage for Flyers fans.