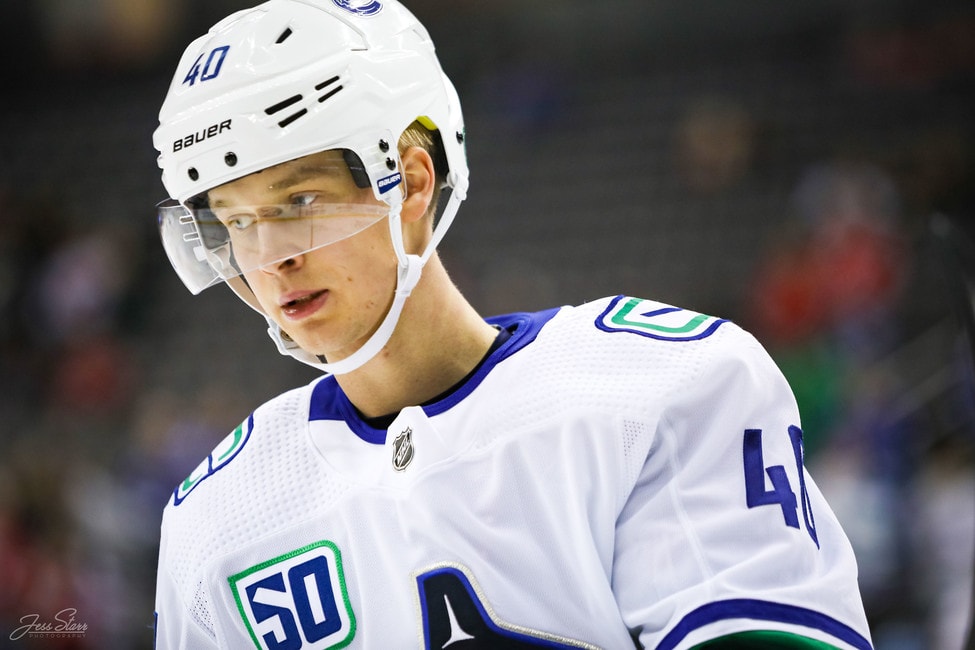 Bo Horvat added two goals — the second into an empty net with 5.7 seconds left — and Troy Stecher also scored the Canucks. They’ve won nine of 11 and picked up their second win in two days.

Devan Dubnyk made 26 saves, and Marcus Foligno scored for Minnesota. The Wild were held to 24 total shots after averaging 40 in their previous three games.

A day after scoring four third-period goals in Buffalo to snap a two-game skid, the Canucks scored three in the second period and briefly broke out of a power-play funk.

After a scoreless first period, Vancouver ended an 0-for-18 power-play drought stretching over five games on Pettersson’s second-period goal as things were turning chippy. Minnesota answered with Foligno’s eighth goal of the season at the 11:58 mark to bring some life to an otherwise sleepy arena.

But the tie lasted only 13 seconds, with Horvat tapping in a loose puck just outside the crease off a shot from Tanner Pearson. The Canucks struck again 1:13 later when Stecher’s hard wrist shot from just above the right circle beat Dubnyk’s glove to make it 3-1.

The Wild were whistled for eight penalties, and Minnesota’s 20th-ranked power play unit went 0 for 5 on the man-advantage. Minnesota emptied its net early in the fourth but couldn’t solve Markstrom.

Stecher’s goal was his first in 26 games. … Wild LW Jason Zucker returned to the lineup after missing 10 games with a fractured right fibula, and D Greg Pateryn played for the first time this season after having surgery to repair a sports hernia in October. … Vancouver played its fourth game in six days. … Foligno has four goals in four games.

Canucks: Wrap up their five-game trip Tuesday night in Winnipeg.

Wild: At Pittsburgh on Tuesday night.