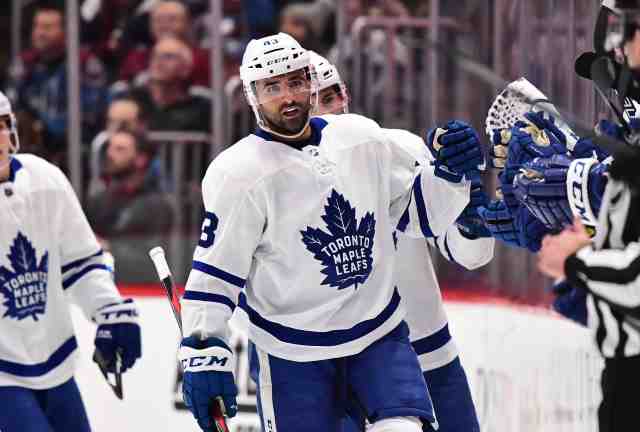 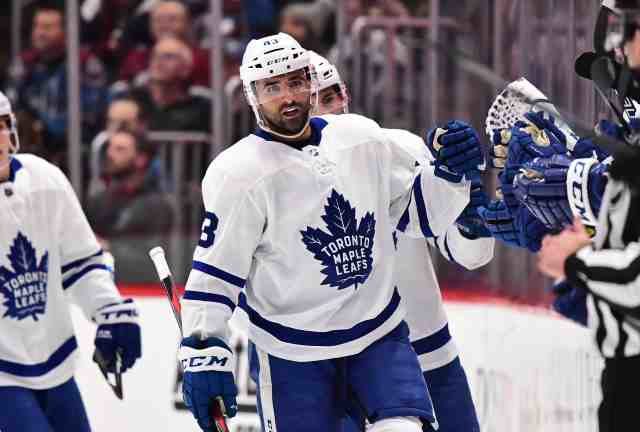 Pierre LeBrun of The Athletic: wasn’t allowed to ask Toronto Maple Leafs GM Kyle Dubas about the future of Nazem Kadri and the Maple Leafs. A team spokesperson said that any offseason questions can wait until the offseason.

We all know that Auston Matthews contract kicks in next year and Mitch Marner should have a new deal.

William Nylander gets an $8.3 million signing bonus on July 1st and may then get some trade interest as $20.3 million of the $45 million will have been paid already.

Do the Leafs ask Patrick Marleau and his $6.25 million about moving? Can they find a team to take on Nikita Zaitsev‘s contract.

Trading Nazem Kadri and his $4.5 million cap hit will come up. He has as 10-team no-trade list.

An Eastern Conference executive: “Fair market value for him will be difficult to establish. My guess is they are sick of him and as long as the return is respectable, he’s on the move.”

A Western Conference scout: “I actually like that part of his game — just can’t let it get the best of you in the playoffs.”

After talking to 12 or so teams, there would still be a market for Kadri.

Ken Campbell of The Hockey News: Nazem Kadri’s transition to a third-line center for the Maple Leafs wasn’t easy for him to make. In the past the Leafs have dealt with his off-ice issues, but nothing about on the ice. Now things have changed.

The Maple Leafs could really use what he brings, but his inability to control his emotions and keep his discipline in check may earn him a ticket out of town this offseason.

The Maple Leafs lack salary cap space next year and have RFAs in Mitch Marner, Kasperi Kapanen and Andreas Johnsson, and UFAs in Jake Gardiner and Ron Hainsey.