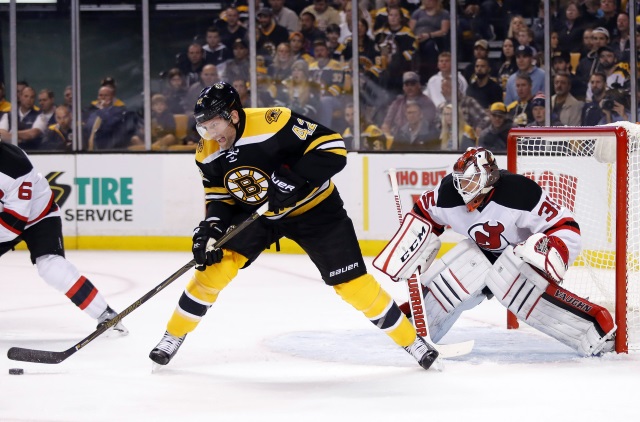 Tom Timmermann: St. Louis Blues GM Doug Armstrong said that they chose salary arbitration for goaltender Ville Husso as it will mean everyone will be there for the start of training camp.

They believe there will be a lot of distractions at the start of the season and they are trying to minimize all they can.

Canucks and Goldobin continue to talk

Brett Cyrgalis of the NY Post: The New York Rangers may need to clear out some salary cap space. Chris Kreider is entering the final year of his deal and is an option. Forwards Pavel Buchnevich and Vladislav Namestnikov are on the trade block.

The New York Islanders could be looking to move defenseman Nick Leddy who has three years left on his deal at a $5.5 million salary cap hit. The return they’d get for Leddy probably wouldn’t be big.

One way to move a bit of salary could be trading David Backes. League sources are saying the New Jersey Devils have kicked tires on Backes, who has two years left at $6 million.

The Devils still have plenty of salary cap space. There are a few other teams that have the space for Backes, but a couple still have their own RFAs to deal with.

Backes has a modified no-trade clause and it’s not known if the Devils are one of the teams on his list. If they are on his list, the Bruins could still ask if he’d consider going there.

Multiple sources have said that Bruins Don Sweeney has been reluctant to the idea of including a 2020 first-round pick as a sweetener to take Backes’ contract.