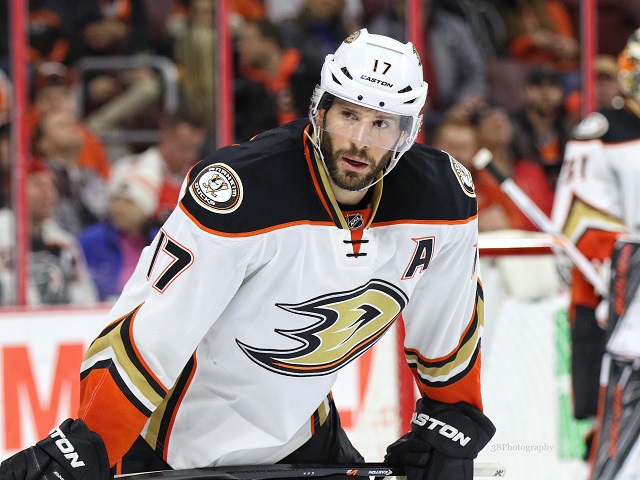 The Anaheim Ducks announced Monday that Kesler has undergone successful hip surgery after playing while significantly injured. This injury will likely keep Kesler out for the entirety of the 2019-20 season, though there is still the potential for him to return to action at some point if possible.

The full statement from general manager Bob Murray can be seen below:

As we all know, Ryan has been fiercely battling his condition for quite some time. I’ve been extremely impressed by his determination to play despite being significantly injured. At this point, Ryan needs to think about his life and family. The pain he felt was significant and we agree with his decision to have this surgery.

While it’s unlikely he will play in 2019-20, we will support any decision he makes about his future playing career. He deserves the utmost respect, which he will receive from the entire Ducks organization as he contemplates his future.

Kesler himself would also make a statement of his own:

At this point in my career, this surgery was the best option for my quality of life. The pain I was suffering has been greatly reduced since the procedure, and I’m grateful for that. While my playing future is unknown, I’m in a good place.

I want to thank all the doctors and trainers as part of ‘Team Kesler,’ my teammates, my agent Kurt Overhardt, the Ducks organization, the fans, and most importantly, my family, for their support. I’m extremely appreciative of everyone that has helped me through the process. I look forward to spending more time with my family and doing everyday activities without pain.

Kesler has three years remaining on his contract accounting for $6.875 million per year through the 2021-22 season.

The Buffalo Sabres announced Monday that Pilut would be out for five to six months following successful shoulder surgery. The injury will likely keep the 23-year-old out of action through the first few months of the 2019-20 season.

An undrafted free agent, Pilut would sign with the Sabres out Sweden where he had a career-year in 2017-19 with HV71 Jonkoping, scoring eight goals and 38 points in 52 games. He’d split time in the AHL and NHL in his rookie season, scoring four goals and 26 points in 30 games with the Rochester Americans as well as one goal and six points in 33 games at the NHL level.

The left-shot defender is a very talented puck-mover who could have a successful long-term career in the NHL if given the chance. For now, though, the Sabres and Pilut will have to wait as he recovers from this injury.

The Chicago Blackhawks have agreed to terms with Koekkoek on a one-year contract extension worth $925,000 that runs through the 2019-2020 season, the team announced Monday.

Koekkoek was taken 10th overall in the 2012 NHL Entry Draft and spent the first five seasons of his NHL career with the Tampa Bay Lightning from 2014-15 through 2018-19 before being traded to the Blackhawks this past season.

Koekkoek would score two goals and six points in 31 games between the Lightning and Blackhawks this season after setting career-highs in goals and points a season ago with four goals and eight points in 35 games with the Lightning.

The Blackhawks are getting good value here on a prove-it deal with the 25-year-old blueliner who has yet to live up to the hype he drew as the 10th overall pick coming out of the Peterborough Petes.

While playing in the OHL, Koekkoek proved to be a talented two-way defender who could score and distribute the puck with ease. He’d finish his OHL career with 15 goals and 53 points in 62 games with the Windsor Spitfires in his final season in the league before joining the Syracuse Crunch of the AHL the following year.

The Kings are dipping into the KHL once again this season as they’ve signed Prokhorkin to a one-year, entry-level contract. Prokhorkin has spent the last nine seasons of his career in the KHL with CSKA Moscow, UFA Salavat Yulayev and most recently St. Petersburg SKA (as well as eight games with the Kings’ AHL affiliate the Manchester Monarchs in 2012-13).

Prokhorkin was drafted by the Kings with the 121st overall selection in 2012 and has carved out a successful career for himself in Russia thus far. He also has experience playing alongside Ilya Kovalchuk with St. Petersburg SKA and the two could give each other a nice boost in the NHL next season. This would be the best case scenario for the Kings who may already be regretting their decision to sign Kovalchuk in the 2018 offseason.