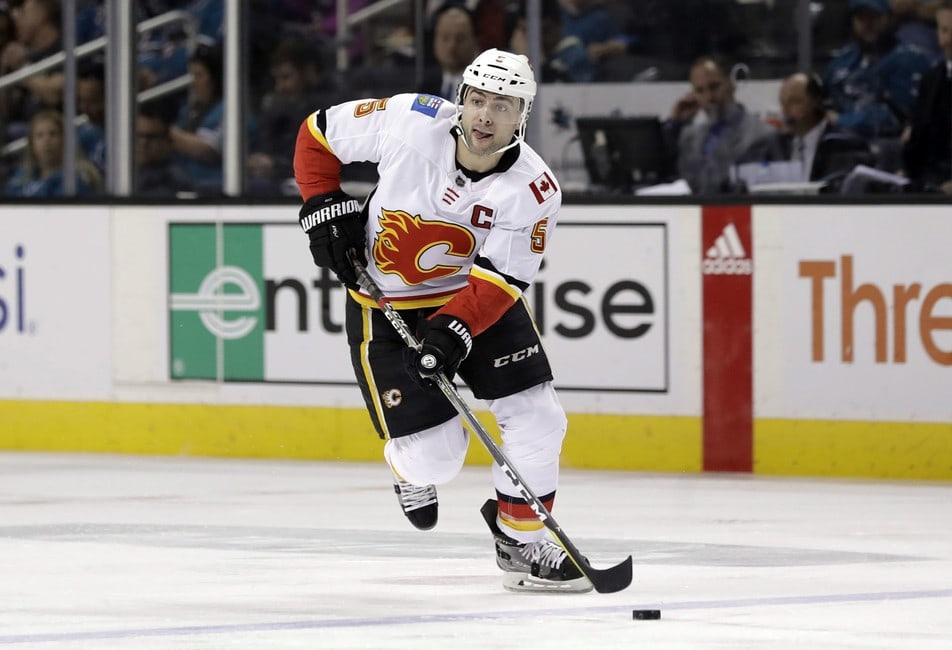 Since he inherited the captaincy from the departing Jarome Iginla, Mark Giordano has been arguably the Calgary Flames’ most important player. While offensive dynamo Johnny Gaudreau scores more showy goals and perhaps two-way center Mikael Backlund does as much to shut down the opposition’s top guns, Giordano has been the club’s beating heart since 2013 (if not before).

The 2018-19 season saw Giordano do what he’s always done for the Flames over much of the past decade; he played a lot, did his level best, and tried to provide a strong example for the club’s younger players on and off the ice. He also scored a ton of points, which helped propel him to his first career Norris Trophy.

For those that follow the Flames, Giordano’s victory wasn’t much of a shocker. His story is well-documented; he was signed as an undrafted player out of the Ontario Hockey League in 2004 for minor league depth, then willed himself first into the National Hockey League and eventually to the top of that circuit’s ranks.

He was also the right man at the right time to take on the captaincy after the Flames set Iginla free to chase the elusive Stanley Cup. While Iginla was representative of his era of the franchise – a smiley, flashy, finesse player with a physical edge – Giordano brought more of a lunch-pail mentality to things. With Iginla, fans and teammates were awed by his raw talent and poise; with Giordano, it was hard not to be impressed by his work ethic and sheer force of will.

Giordano’s game seemingly found a new level with his additional responsibilities. He set a career high for points in his first season wearing the C, and he became a perennial Norris Trophy contender – with six consecutive seasons in the top 20 in voting, three times in that span finishing in the top 10. When he finally captured the award, the balloting had the most one-sided results since Ray Bourque captured the trophy as a unanimous choice following the 1989-90 season.

Giordano’s Norris win puts him in elite company in terms of individual achievements wearing a Flames sweater. There are a handful of seasons that can reasonably be placed on a similar echelon:

With all due respect to the previous Flames and their accomplishments, Giordano’s stands as the most impressive for a big reason: he helped the Flames win. The 2018-19 edition of the Flames were the second-best regular season team in club history, finishing second in the league behind a powerhouse Tampa Bay Lightning squad.

First round playoff disappointment aside, Giordano was the most consistent, most important player on the NHL’s second-best regular season team. He led the charge for his club both on and off the ice and while the season didn’t end the way his club hoped it would, it was still arguably the most impressive individual performance in Flames franchise history.