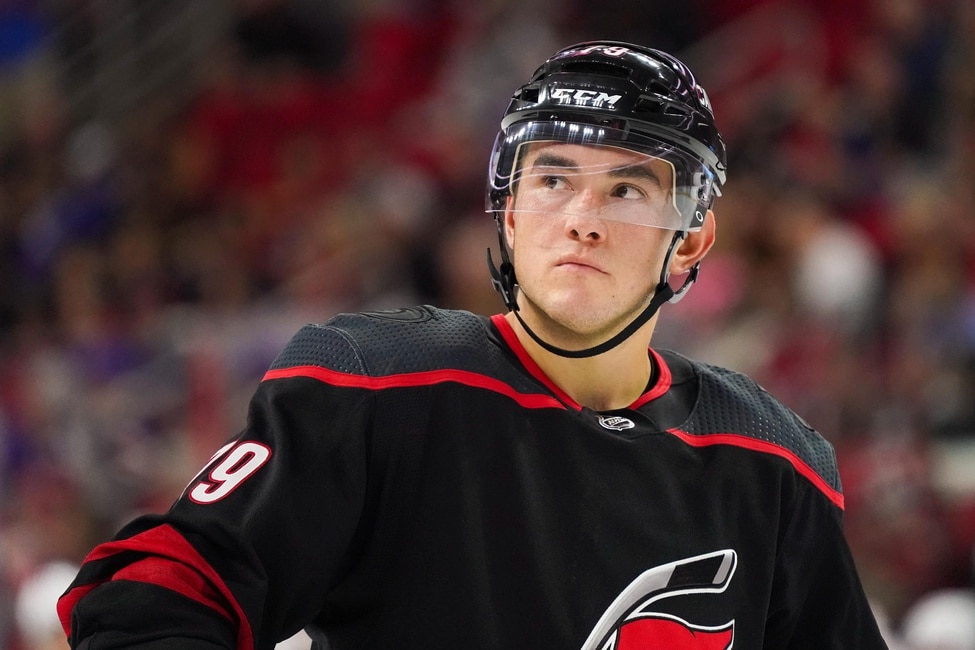 The rumors that the Vancouver Canucks were interested in Micheal Ferland began just prior to last season’s trade deadline. On Jan. 22, Darren Dreger, speaking on TSN 1040, broke the news that Canucks general manager Jim Benning wanted to add Ferland either by trade or free agency. At the time, Dreger noted that perhaps free agency was a better route.

Dreger nailed it. This week, Benning signed Ferland to a four-year, $14-million contract. He was one more player added to the team during an extremely busy summer.

How is Ferland’s signing being accepted by Canucks fans? This afternoon, my neighbor yelled at me from across the road that he had just placed a $100 bet in Las Vegas on the Canucks to win the Stanley Cup and specifically listed Ferland as one of the reasons.

Ferland’s History Against the Canucks

My specifically noted that he hated Ferland when he played for another team, but now that he’s with the Canucks everything got better. Perhaps, like many Canucks fans, he remembers the first round of the 2015 playoffs when the Canucks lost to the Calgary Flames 4-2. In that series, a young Flames rookie tipped the series towards Calgary. That rookie was Ferland.

Only able to make the line-up because of an injury, the young Ferland hit, skated, and disrupted. He made such a difference for the underdog Flames that coach Bob Hartley threw him out against the Sedin twins. Ferland’s physical play helped carry the series, and his battles with Canucks defenseman Kevin Bieksa became a focal point.

Ferland significantly impacted the deciding game of the series in Calgary. The Canucks had a 3–0 lead less than 10 minutes into the game, then Ferland scored twice. His first goal, late in the first period, made it 3-1. His last goal – an empty-netter – sealed the Flames’ 7–4 elimination victory over the Canucks.

What Does Ferland Bring to the Team?

There are two thoughts about Ferland as a player. First, he has a high offensive upside. He’s a proven scorer if he’s placed with the right top six players. For example, early last season with the Carolina Hurricanes, he scored seven goals and 11 points during October playing on the top line with Sebastian Aho and Teuvo Teravainen.

Ferland’s an old school power forward who has a unique set of skills that help him create space for his teammates. He hits and he also scores.

The second thought is that those hits take their toll. Ferland is a big Manitoba-born lad at 6-foot-1 and 217 pounds, but he isn’t the biggest player on the ice. His physical style can and has caused injuries that have tested his durability. In fact, it’s likely that his injuries were the reason the Canucks were able to sign him for “only” $3.5 million AAV.

The 27-year-old left-winger needs to stay on the ice if he’s going to help the team. In short, Ferland’s wrecking ball style might be unsustainable over a long NHL season.

Is he durable enough to help the team? That’s the biggest question. If he is, his potential could be as high as 25 goals and perhaps 50 points.

Who Will Be Ferland’s Linemates?

Obviously, Benning sees Ferland in a power role. As he noted in a statement after the signing, “Micheal is an energetic player who drives the play and can contribute in all three zones. He’ll make our team harder to play against on a nightly basis and we’re excited that he’ll call Vancouver home.” (from ‘Cap-crunched Canucks sign skilled pest Micheal Ferland,’ The Vancouver Sun – 8/11/19)

I’m certain coach Travis Green has plans, but it almost seems a no-brainer that Ferland would be a great line-mate for Bo Horvat and Tanner Pearson on the second line. If that happens, it will be interesting to see how Ferland’s scoring progresses over an entire season.

One reason it’s difficult to predict Ferland’s scoring output is spends more time on the third line than on the top line, which erodes his scoring opportunities. Perhaps that’s his best role on a team, however, he’s shown such strong offensive propensity that I think it would be interesting to see how he’d produce as a top-six forward. His skill at winning puck battles, setting up camp in front of the net, and pushing rebounds through goalies is a skill all teams need.

Why Isn’t Benning’s Work
Over Yet?

I applaud Ferland’s signing. However, as The Hockey News’ Jared Clinton has pointed out, Benning has created some problems by signing him. Clinton makes two valid points. First, as a player type, Ferland seems redundant. Second, Ferland’s signing has pushed the team into a salary cap crunch.

The roster has a number of Ferland-type grinders with a bit of scoring ability. Specifically, last season the team signed both Antoine Roussel and Jay Beagle to four-year, $12-million contracts. Roussel, especially, is a physical player. Jake Virtanen, who led the team in hits with 154, also scored 15 goals and 10 assists in 70 games. Ferland comes to a team that already has crashers and bangers.

Second, although Ferland’s contract seems quite reasonable in today’s NHL, it leaves the team with less than $5.1 million to sign other players this off-season. Where does that leave restricted free agent (RFA) Brock Boeser, who hasn’t signed yet? He’s likely to sign for about $6 million, and the team doesn’t have it.

That means Benning can’t be done trading. Obviously, if he could somehow dump Loui Eriksson’s contract, that would be ideal. Although Eriksson is solid on the penalty kill, what team would take on his contract?

For many Canucks fans, signing Ferland is a cause for celebration. However, the roster isn’t yet in its final shape. Benning has been one of the most active traders this off-season, but his work isn’t yet done. For Canucks fans, there’s still news coming.