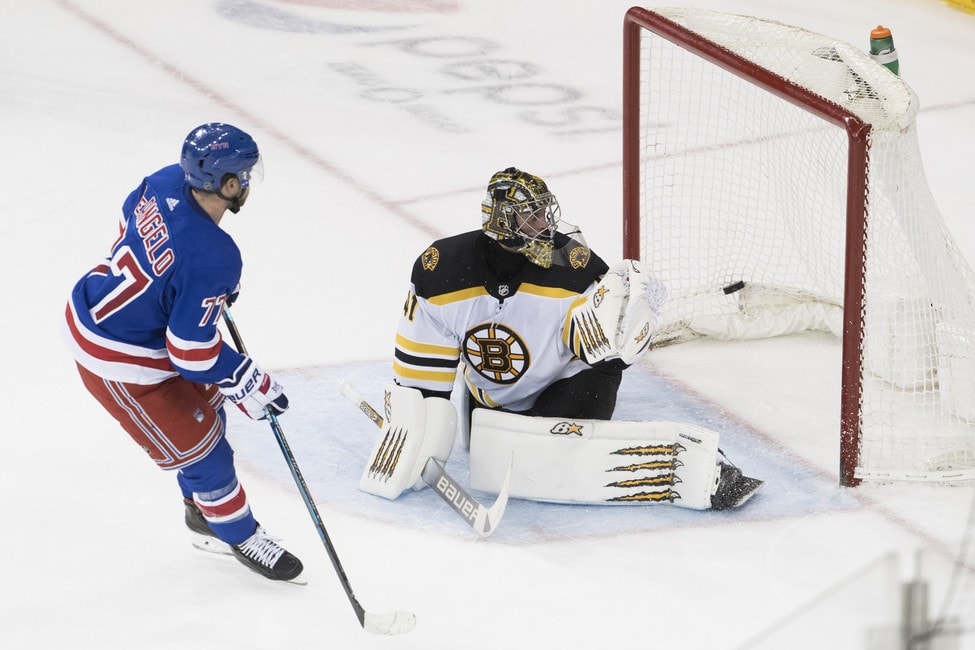 Very few things in sports are more painful than a championship loss – let alone a Game 7 championship loss – which the Boston Bruins sustained against the St. Louis Blues to end the 2018-19 NHL season. As the Bruins’ brass tries to prepare for next year’s campaign, and diagnose what needs to be changed from last years so-close-but-so-far effort, there are a number of items to review.

Near the top of the list, like most years, is goaltending. Looking back at last season, it’s obvious that goaltending was a strong suit for the Bruins throughout the course of the year. Veteran starting goaltender Tuukka Rask had his best regular season in at least five years and followed that up with a playoff performance that was nothing short of outstanding.

Behind Rask, Jaroslav Halak stepped into the back-up role for the Bruins with very few issues — he even started the season on such a strong note that some Bruins fans were arguing that he should receive more of an even split with Rask. While Halak eventually cooled down from his red-hot start, he still finished the season with an impressive .922 save percentage (SV%) and 2.34 goals against average (GAA). Those are stats that any NHL coach would love to have out of their backup goaltender.

Of course, with performance comes a cost, and the Bruins have certainly been willing to pay for goaltending. Between their two netminders, the B’s spent $9.75 million in cap space ($7 million for Rask, $2.75 million for Halak) in 2018-19. They’re set to take the same cap hit next season, with Rask signed until 2021, and Halak signed through the end of next season.

Only four teams in the NHL spent as much as the Bruins did on goaltending last season, leaving some fans to question whether or not Boston over-spent between the pipes. That question has been a hot topic of discussion lately, as the Bruins’ management tries to figure out where to the find cap space for several players — most notably Charlie McAvoy and Brandon Carlo, a pair of young defenseman who are both due paydays before next season.

There are a number of ways that the Bruins could create cap space before the start of their next campaign, but the most straightforward move would be to trade away a player with a larger-than-necessary cap hit. Among players who could actually draw some interest on the market (sorry David Backes), Halak may be the most intriguing trade chip the Bruins have right now.

Now I know what you’re thinking — “Trade Halak? Weren’t you just going on about how well he played last season?” Well yes, and that’s kind of the point. Halak had an excellent year for a backup goaltender by any measure, and he certainly played a role in Boston’s success (and even that of Rask, via competition as well as the team’s ability to trust Halak and rest Rask on a near-weekly basis). Regardless, $2.75 million is no small chunk of change. Rather, it’s a somewhat hefty amount to pay a backup goaltender who will suit up for fewer than half of the team’s games.

For the Bruins, it’s not about whether or not they can pay Halak. If nothing changes over the next few months, then he’ll be the go-to backup behind Rask this season. Instead, it’s a matter of whether or not they should continue to spend so much on goaltending, given the number and importance of other players that will need signing.

Halak’s success last season should certainly draw some interest on the market. And with only one year remaining on his deal, teams may be more willing to spend the $2.75 million in cap space for a backup goaltender that they can trust.

Who Would Fill in for Halak?

If Halak does in fact get moved – and that’s a big if – the question naturally becomes: Who will fill in for him?

As of now, the Bruins don’t have a ton of promise on the goaltending depth chart. The team recently let 26-year-old goaltender Zane McIntyre, who stood out at the University of North Dakota (he won the 2015 Mike Richter award as the nation’s best goalie) before going pro with the Bruins organization, walk in free agency after several years in the organization. After a stellar collegiate career with the Fighting Sioux, McIntyre looked like he might be the next in line between the pipes after Rask. Instead, it didn’t pan out as Boston had hoped, as is so often the case with goaltenders. He signed a deal with the Vancouver Canucks to continue his career.

The Bruins did add a bit of depth to their goalie ranks at the start of free agency, signing 26-year-old Saint-Augustin, Quebec native Maxime Lagace to a one-year contract worth $700,000. The deal comes off as an extended tryout for the goaltender, who’s NHL experience has been limited to just 17 games so far. Of those games, 16 were played for the Vegas Golden Knights during their inaugural 2017-18 season, during which Lagace sported a 6-8-1 record with a .868 SV% and 3.92 GAA.

Lagace spent last season with the Chicago Wolves of the AHL (an affiliate of the Golden Knights), and saw decent success. His 2018-19 totals added up to a 16-16-2 record with a .914 SV% and .392 GAA. While Lagace shows some promise and comes at a cheap price, it would be a major surprise to see the Bruins give up Halak and bank on a goalie who has primarily been an AHLer up to this point. That being said, Lagace could earn a look midway through the season if he impresses in Providence, but that’s a ways down the line.

Behind Lagace sit a couple of very young goaltenders, Daniel Vladar and Kyle Keyser. At just 21 and 20 years old, respectively, these players are prospects for the Bruins at this point and aren’t tested options for the backup role next season (although they’re worth keeping an eye on).

Last but not least, University of Maine goaltender Jeremy Swayman is Bruins property, but it will likely be at least another season or two for the junior-to-be netminder until he’s playing in the Bruins organization, let alone with their NHL team.

At the start of free agency, Bruins’ general manager Don Sweeney said the team would explore the goaltending market in free agency. At this point, it’s unclear whether or not the Bruins are content with their signing of Lagace, or still actively searching.

That being said, if the Bruins were really aiming to sign another goaltender in free agency, they probably would have done so already. Several potential backup options, such as Keith Kinkaid (signed by the Montreal Canadiens at $1.75 million) and Curtis McElhinney (signed by Tampa Bay at $2.6 million, a price that wouldn’t have helped the Bruins much anyway) have already been lured to other teams, leaving the Bruins with fewer options.

As time goes on, it seems more and more likely that the Bruins will stick with what they have. If that is indeed the case, then the pressure will be on Halak next season to justify the decision to keep him at such a cost.